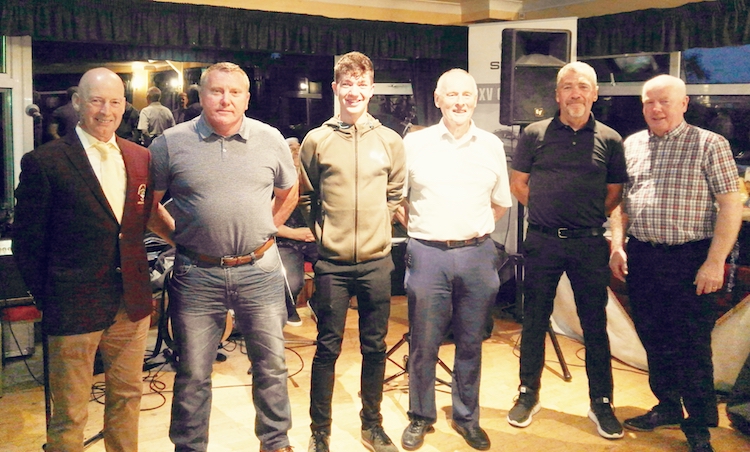 The annual MS Ireland Classic (Donegal Branch) was held on Saturday 2nd June at Ballybofey & Stranorlar Golf Club and, according to Clement Clarke, was a huge success bringing in around €14,000.

Clement thanked his committee and a the volunteers who each year put in an enormous amount of work to make sure the day goes of without a hit.

The course on the day was in great condition, well, until about 5pm when the heavens opened and and within about 30 minutes the course was almost washed away.

Earth moved stones where transferred to new destinations where stones weren’t meant to be. Because of this deluge of rain about 15 teams where forced to retire.

All was forgiven afterwards in the clubhouse when everyone was treated to live music and great entertainment. There were loads of Spot prizes given out on the night also.

The B&S Junior Cup team travelled to Letterkenny golf club in search of a top four finish. Two qualify for the Matchplay stages but unfortunately for the B&S side it wasn’t to be.

The Pierce Purcell team travelled to Strabane golf club for the first round of Matchplay and put up a great fight but went out losing bye three matches to two.

On an upbeat note the Fred Daly team took on and beat Dunfanaghy and now look forward to a match against Hilton Templepatrick. This should be an exciting match for the lads.

The Ulster Cup team had a good win at home over neighbours Omagh in the first leg and take a five matches to two lead up to the Tyrone Capital.