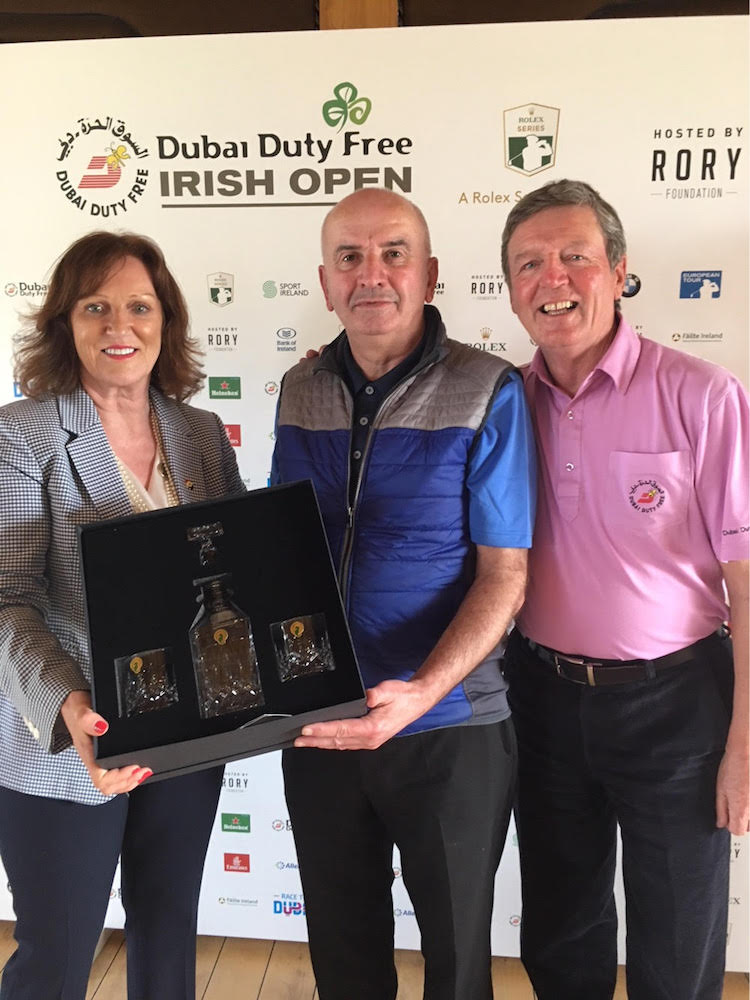 A host of the European Tour’s finest and a whole range of stars from a wide-variety of public stages will grace Ballyliffin Golf Club for today’s Pro-Am at the Dubai Duty Free Irish Open – and our own Charlie Collins will be among the participants.

Charlie, a noted golfer, won the Dubai Duty Free Media Day in May. Teaming up with Destination Golf writer Kevin Markham, they scored 39 stablefored points to claim the win – and gain entry to the Pro-Am.

Charlie tees off at 1.30pm, alongside Markham, the legendary Des Smyth and Robbie Greenfield on the famed Glashedy Links.

Caddying for the Letterkenny man will be former Fanad United and Finn Harps midfielder Kenny Harkin.

Tournament host Rory McIlroy will be joined by celebrated jockey Sir AP McCoy, as well as JP McManus and Dermot Desmond in a team which tees off at 9.30am, while defending champion Jon Rahm is off at 8am.

Former Republic of Ireland goalkeeper Shay Given will play alongside Dylan Frittelli and Dennis Taylor in a team which tee off at 9.10am, while Donegal captain Michael Murphy will swap his football boots for golf clubs in a star-studded group alongside Kieran Donaghy and former Ireland rugby international Stephen Ferris – they tee off with Pablo Larrazábal at 12.30pm.

Reigniting old rivalries will be popstars Brian McFadden and Keith Duffy, formerly of Westlife and Boyzone respectively, while Strictly Come Dancing’s Anton du Beke will sprinkle some more showbusiness stardust in a group which are off at 1.10pm with David Howell.