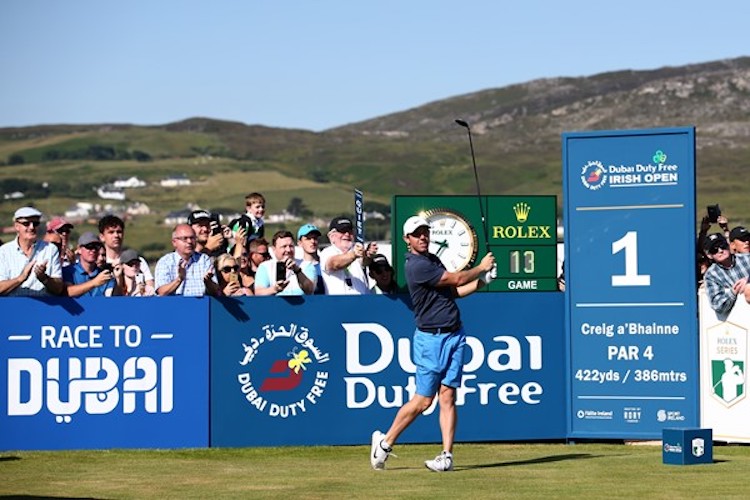 Rory McIlroy believes the home fans can spur him to glory in this weekend’s Dubai Duty Free Irish Open in Ballyliffin.

Two years ago, McIlroy won the Irish Open at The K Club, but the four-time Major winner is aiming to improve on his record in this competition.

With the exception of his win at The K Club, when he carded a twelve-under to take the prize, McIlroy has missed the cut each year since 2013.

“I’ve cut back from a few things off the golf course. I’m just maybe not as involved in some of the stuff,” McIlroy said.

“There’s been a couple of times where I just haven’t felt as prepared as I could have been walking on to the first tee on Thursday.

“So got here Monday morning, practiced all day Monday afternoon. Was here yesterday at 8.00.

“I’ve done my work. So there’s no excuse about not being prepared or not, and I’ve learned that as I went along. I felt I was underprepared at County Down. I felt okay at The K Club I guess. I’ve learnt as I went along and I feel this year, I’m right where I need to be.

“I was wanting to do well rather than just letting it happen. But if I can give myself a chance to win this tournament like I did at Wentworth a few weeks ago, I’d be happy enough.”

It was clear that McIlroy was the big draw among the droves of golfing enthusiasts who have flocked to Ballyliffin this week.

The County Down man, the world number eight, said: “I just learned over the years to try and treat it like a normal week and go out and play. The more I can freewheel, the better I’ll play, and that’s the way I need to approach it.”

McIlroy reflected on a famous shot on the 16th hole at the K Club, which set up a two-putt birdie, as he noted the support he believes is behind him. In 2016, an eagle on the 18th sealed the deal for McIlroy – and he aims to repeat the trick in Inishowen.

He said: “Even just in the Pro-Am today, the amount of people that came out today to watch us and put their lives in danger in a Pro-Am; there was a couple of close calls. It’s fantastic.

“They love their golf. And this part of the tournament, as well, they haven’t had a big championship or big event for a long time.

It’s great that it’s so well supported. No matter where we have this event in the country, it’s always been well supported, and I think you go up-and-down the range, all the players will tell you the same thing. So they are very inspirational.

I felt like I did a really good job at The K Club a couple of years ago at using the crowd to my advantage and using that.

“As soon as I hit the shot on 16 on to that green and the eruption from the crowd, I used that to spur me on.

“That was a cool moment and I hope I can use a couple of those moments this week hopefully to the same effect.”