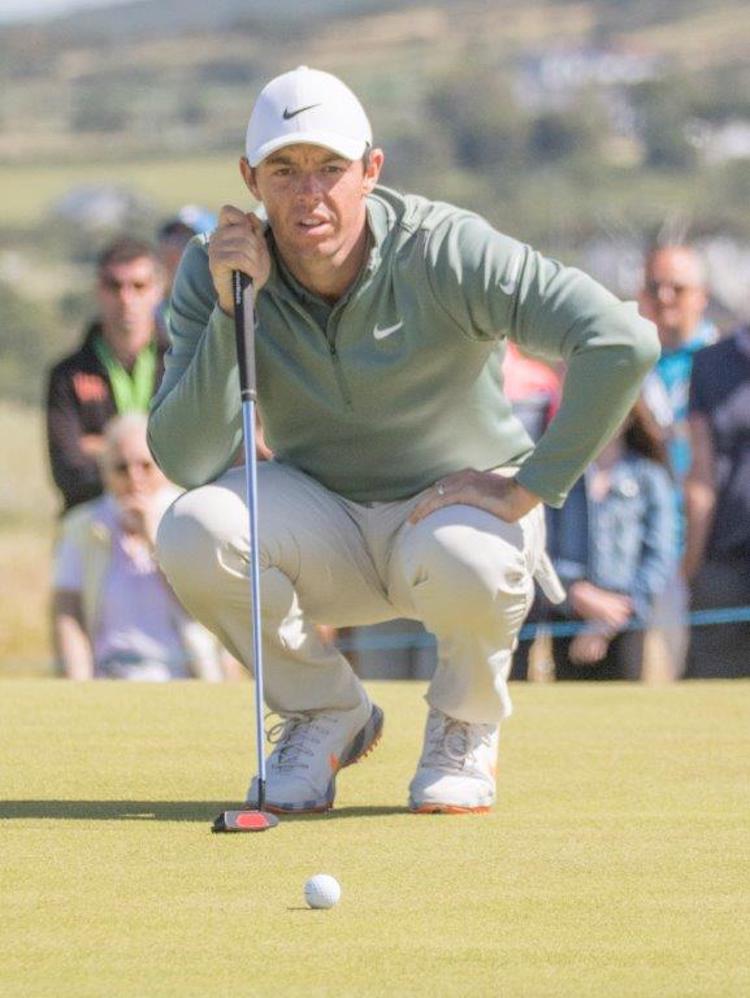 Rory McIlroy gets to work in Ballyliffin early this morning and the County Down man believes he’ll be in contention on Sunday at the Dubai Duty Free Irish Open.

by Chris McNulty in Ballyliffin

McIlroy –  pictured by Joe Boland, North West News Pix – tees off alongside Matthew Fitzpatrick and Thorbjorn Olesen at 8.20 this morning.

World number eight McIlroy carded an opening round 70, two under par, three shots off Ryan Fox, who led the way after the opening day on the Glashedy Links.

“Looking forward to it,” McIlroy said as he gears up for an early start to the second day.

“I like these late/early tee times. I feel like if you do shoot a decent round, you can get back out on the course straightaway in the morning and try to keep the momentum that you have.”

McIlroy won the Irish Open two years ago but didn’t make the cut at the 2017 event in Portstewart.

McIlroy experienced some inconsistency on the greens of the Glashedy Links on his opening day.

He said: “It could have been a lot better. It’s the best I hit the ball in a long time. I put the ball in play, what I needed to do, and drove the ball very well. Iron play was good.

“I just struggled on the greens. It was either I hit good putts and just didn’t read them right, or sometimes it was maybe a reaction of putts I had hit previously on a couple holes earlier.

“I just need to hole a few more putts and see a few drop and hopefully that will give me bit of momentum to go into the next few days.”

43 of the players broke par on the opening day. Fox leads after he fired an opening round 67, with Padraig Harrington among six players a shot behind.

“I drove it nice,” Fox reflected.

“I think I probably only hit five or six fairways, but missed them in the right places and hit a lot of good drives that just ran through fairways and gave myself a lot of chances.”

“I gave myself a lot of good chances and never in too much trouble, didn’t miss too many fairways, which is key around here.

“You can get some real jumpy lies just off the fairway, and controlled my ball flight well.”