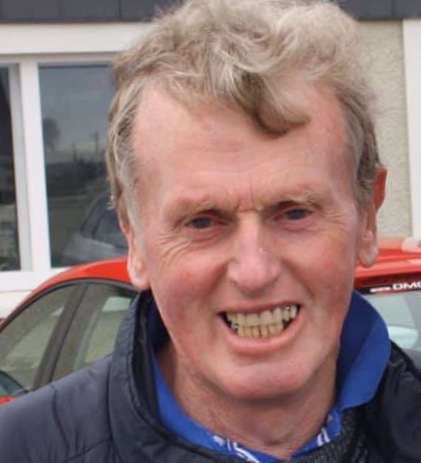 Déanann muid comhbhrón le Marie agus leis an teaghlach ag an am brónach seo.  Enda was a great character on and off the golf course. He was a key member of our Donegal League team in 2000 which won the coveted county title shortly after the opening of the golf course.

Partnering Martin Ridge, the pair won a lot of matches most notably away in Gaoth Dobhair and in the final in Strabane to secure victory. His son Colm was also a key member of this team.  Enda’s love of landscaping and his machinery skills were clearly evident for many years on the golf course where he did a lot of voluntary work developing the golf course and where he spent many happy days playing golf.

This weekend is another Singles Stableford with Turkey and Ham prizes up for grabs. Golf Membership for 2020 is open all new Members are welcome to Cumann Gailf Chloich Cheann Fhaola. The Club AGM has been deferred to Thursday 9th January @ 8pm in the clubhouse.