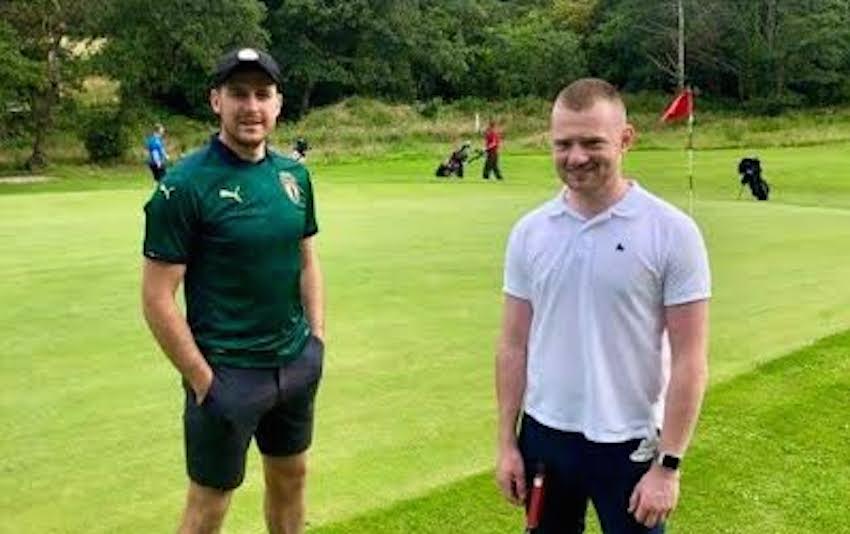 The Minor League team advanced to the semi final with a great win over Buncrana Golf Club.

Shane Corless and Shaun McGarvey claimed the first point with a birdie on 13 to close out a 6&5 win.

This final point was secured by the last match in Cloughaneely with JB McCallion and Joe Gallagher playing some solid golf on the way to a 4&3 win.

Cloughaneely move into the semi final well done to Hugo Cannon and all his panel on a great team performance.

Cloughaneely GC’s Pierce Purcell team were in action on Monday against local neighbours Gaoth Dobhair. The away tie meant 3 matches away against a strong Gaoth Dobhair team and a super finish by Francis Boyle & Brian McGee led to a 1up win on the 18th green with the final putt.

At home, Cloughaneely’s John McGinley and Seamus O’Hanlon won well and it was down to Paul Harkin & Conor Ó Gallchóir who came from 3 down after 10 to win on the 18th green in another very close match.

The Cloughaneely Golf Club’s Jimmy Bruen team line out this Friday at 5pm against Portsalon with home advantage.