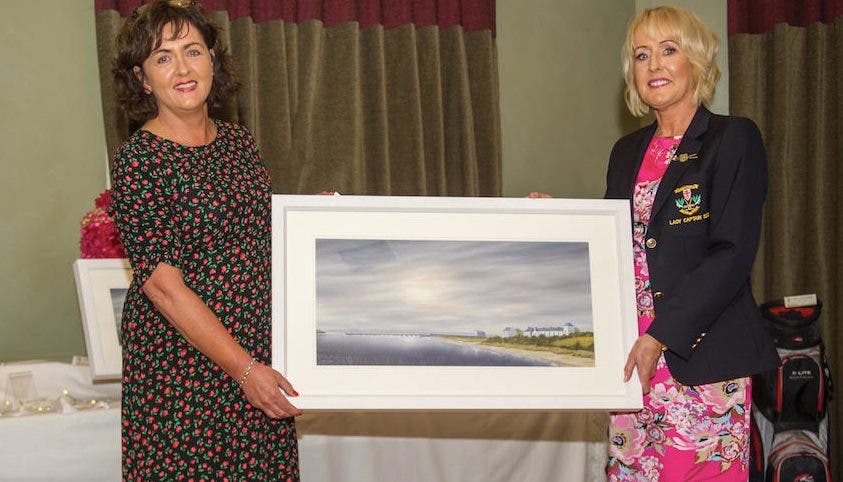 THERE WAS lots of activity in the ladies club at Letterkenny Golf Club over the last few weeks with at least two 18 hole competitions running each week – making up for lost time at the beginning of the season.

Arena 7 sponsored the competition on Tuesday 28th July and Kate Gallagher returned an excellent 41 points. to win by a clear 4 points from Runner-Up Ellen Russell who carded a very respectable 37 points. In 3rd place was Anne Condon  34points. and Maureen Haran come 4th with 32points. The Back 9 was won by Cliodhna Patton 20 points. and the Front 9 winner was the Lady Captain Celine Markey 19 points. 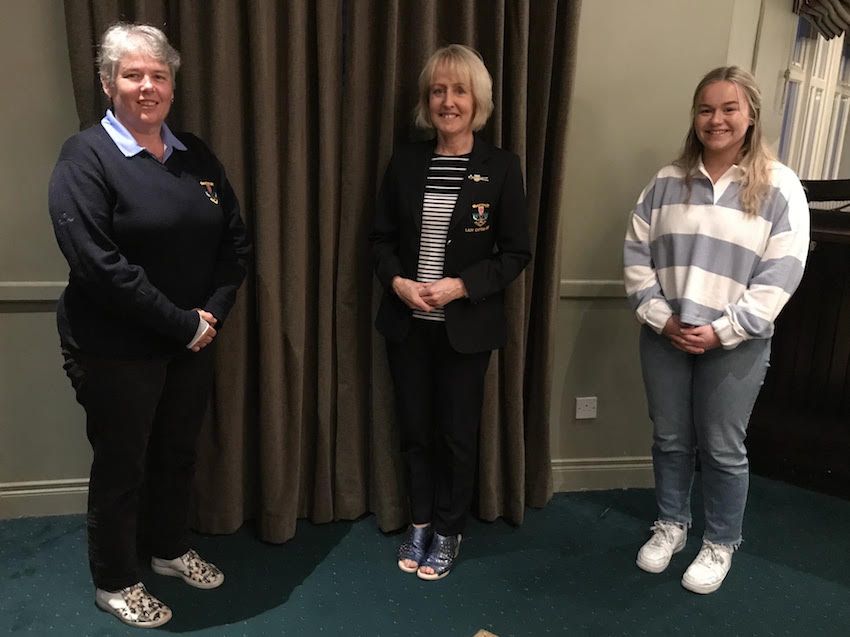 On Thursday 30th July Catherine Cooke Harkin and Anne Flannery sponsored the club Competition. The winner was Cliodhna Patton 36points.(bot). Runner-Up was Sarah McBrearty 36 points and third Katrina Rainey 35points. The 9s were won by Ellen Russell and Lady Captain Celine Markey. Great to see the younger players featuring so strongly in the competitions – the future looks good for our club.

On Sunday the 2nd August as part of the mini Open weekend, there was an Open Competition sponsored by Gilroy Tiles and again the Student and Junior Girls featured strongly.

Cliodhna Patton was the winner bringing in 40points. Cliodhna’s handicap is falling steadily week on week – keep up the good work Cliodhna! 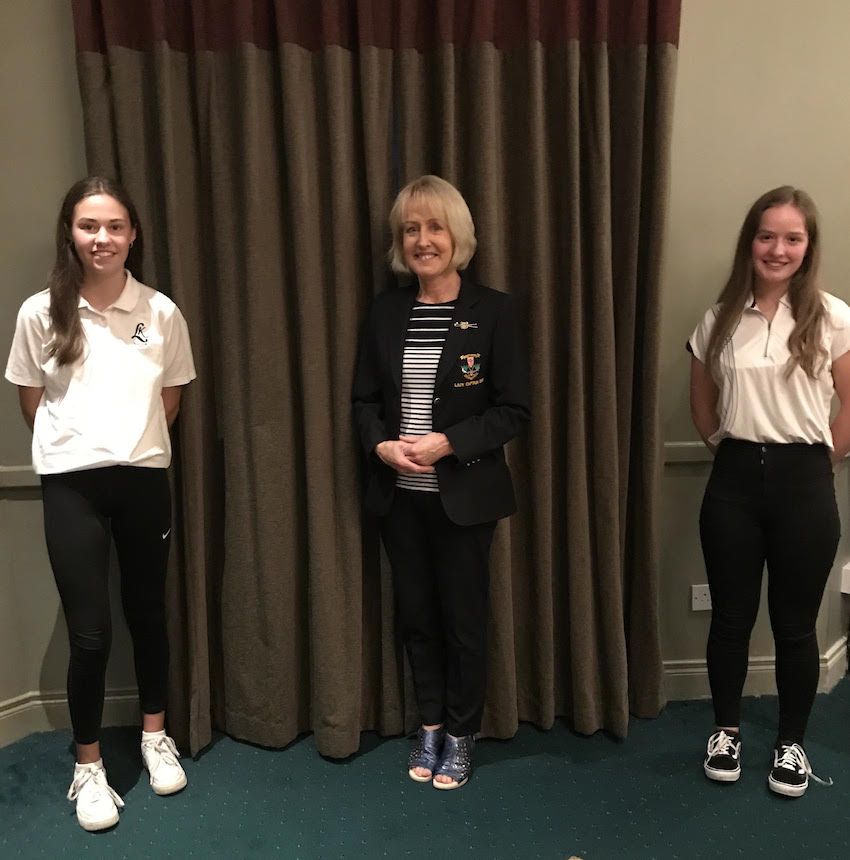 Runner-Up was student Caoimhe Lafferty on 38 points. Caoimhe had lost a bit of form last month but is now well and truly back on track. In third place was Bridget McClafferty 33 points.(bot). The 9s were won by Sarah McBrearty and Lady Captain Celine. I understand that the Lady Captain has acquired a new title for herself ‘Queen of the 9’s’!

Lady Captain’s week opened with the Breast Cancer Fundraiser on Tuesday 4th August kindly sponsored by lady members Grainne Hines, Ronat O’Reilly, Anne Boyle and Katrina Rainey. Unfortunately the weather was poor on the day and not as many played as anticipated. However student Ellen Russell was not deterred by a little rain as she returned the winning score on the day 33points. and Anne Condon was runner-up 31points. Mena Breslin and Caoimhe Lafferty won the 9s with 19 and 16 points respectively. 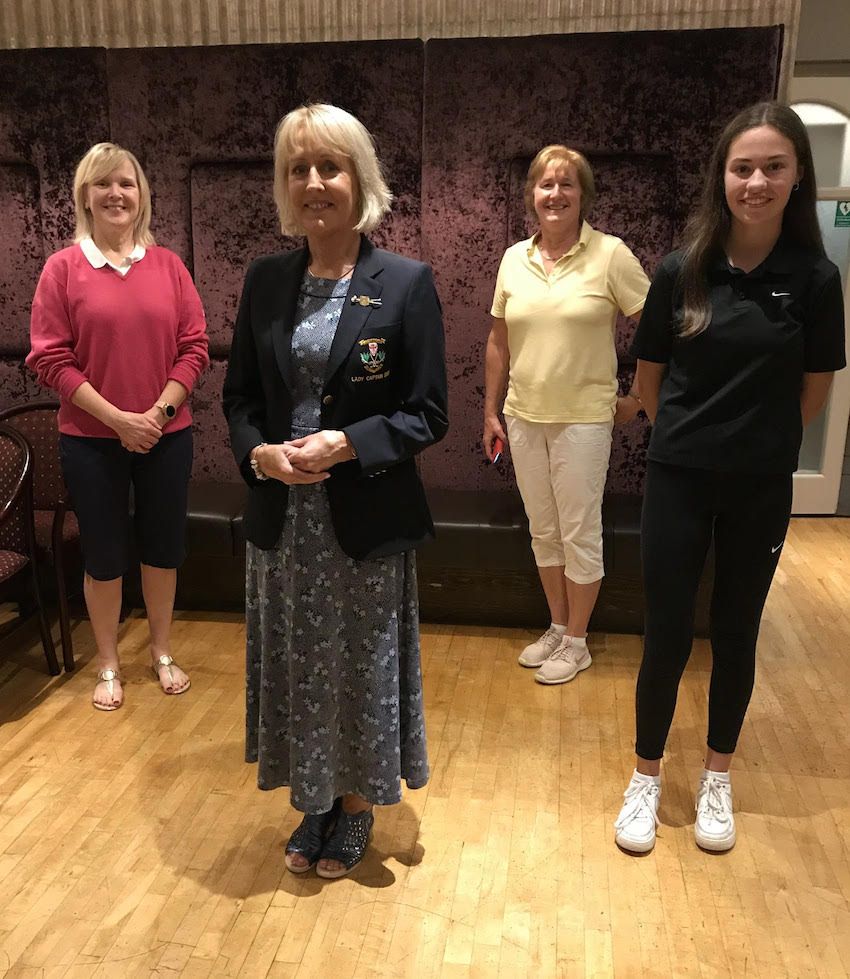 The Lady Captain’s Scramble was played on Thursday 6th. and there was a great entry for this fun event. In third place were  Anne McGrath, Triona Daly and Sonya McClean. Runners-Up were Marian O’Sullivan, Patricia O’Sullivan and Mary Fowley. Winners were Kate Gallagher, Deirdre McCarron and Cliodhna Patton – three ladies all showing great form lately.

Lady Captain’s Mixed Foursomes was played on Friday and again a good entry and lovely playing conditions. Runners-Up were Maureen Sweeney and Cian Harkin and the winners were Gerry O’Sullivan and none other than Cliodhna Patton! I think I did mention a few weeks ago that we would be seeing lots more winning scores from Cliodhna – looks like she’s enjoying proving me right! 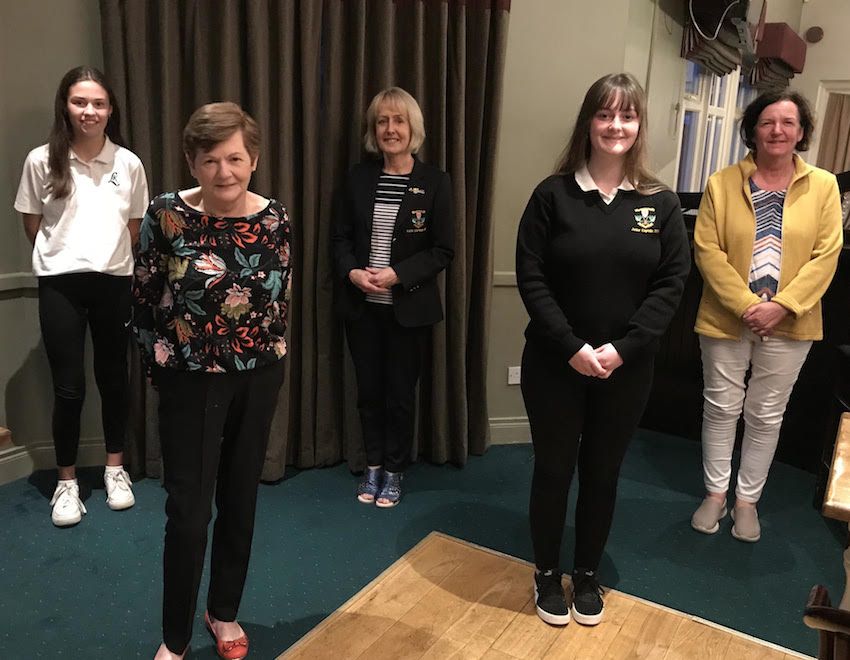 Saturday 8th August dawned and Lady Captain Celine Markey and lady golfers woke up to a most beautiful day – fitting for the highlight of the ladies golfing calendar – Lady Captain’s Day.

The course too was in pristine condition so all was in order for a great day’s golf. While there were no clear favourites identified this year as a likely winner when Sandra McMonagle was announced as victor this was no huge surprise either.

Sandra has featured often in the winners enclosure over the years and it is only right that she should have the most coveted prize of the year to add to her successes. Anyone who has played with Sandra has marvelled at the distance she can carry that little white ball. 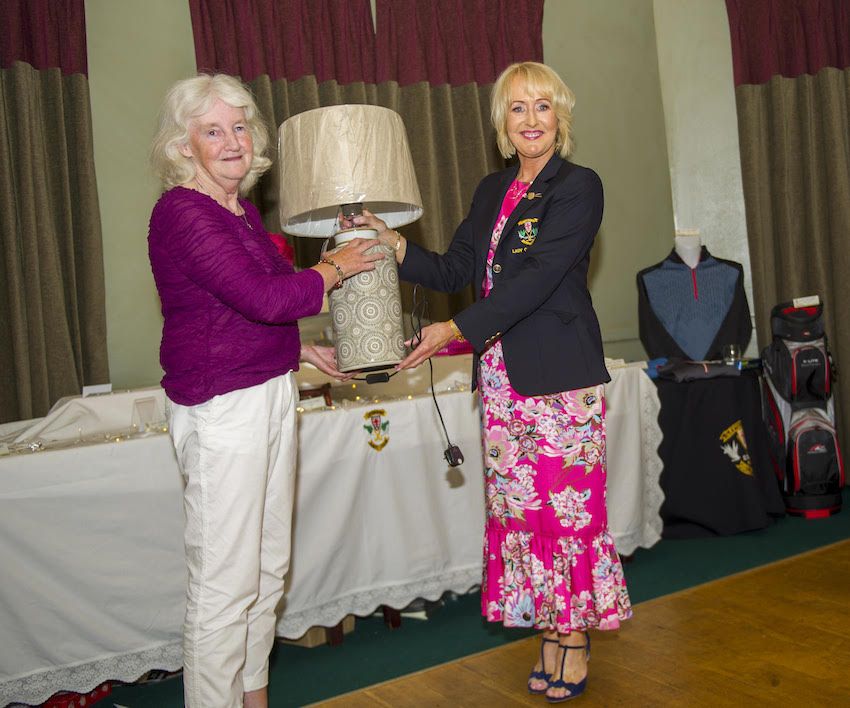 She had no less than 5 pars on the back 9 on Saturday to seal her victory and finished 4 points clear of the field. A very worthy and popular winner indeed – well done Sandra.

Catherine Cooke Harkin who had shown some good form recently was thrilled to be runner-up and Marian O’Sullivan one of our most steady golfers secured the gross, hugely deserved also. Margo Birmingham I’m told played some lovely golf to secure 3rd place and Anna Curley took the student’s prize. 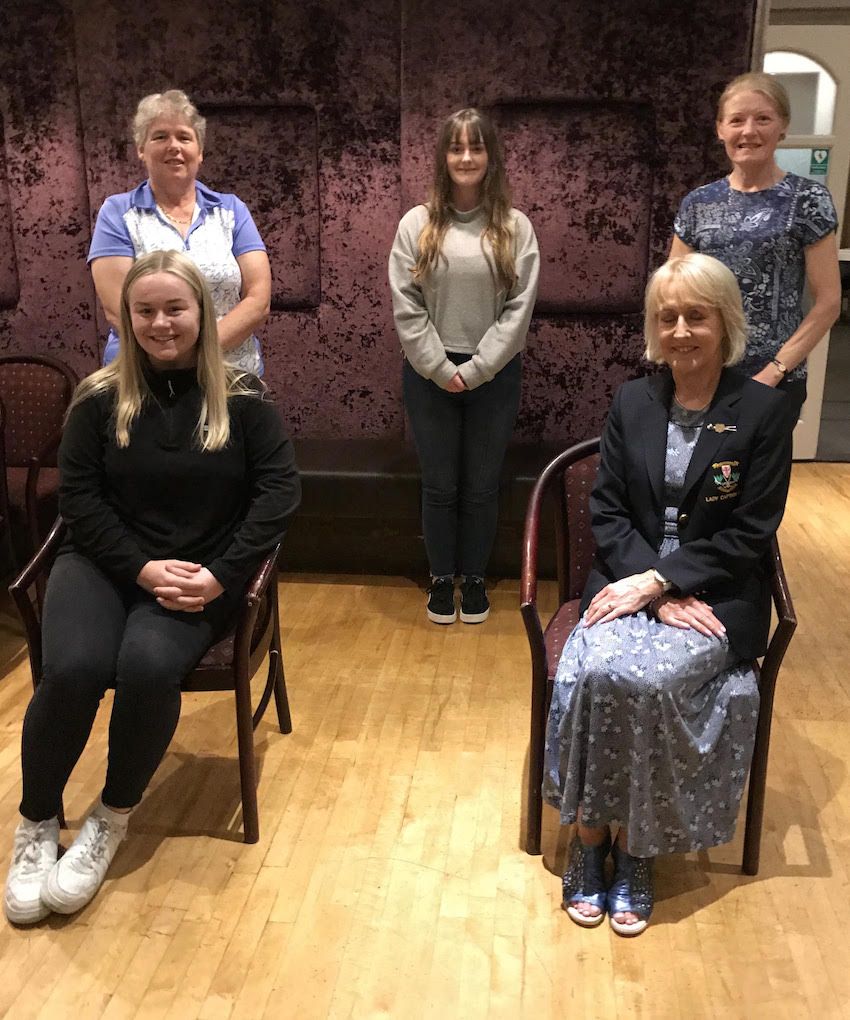