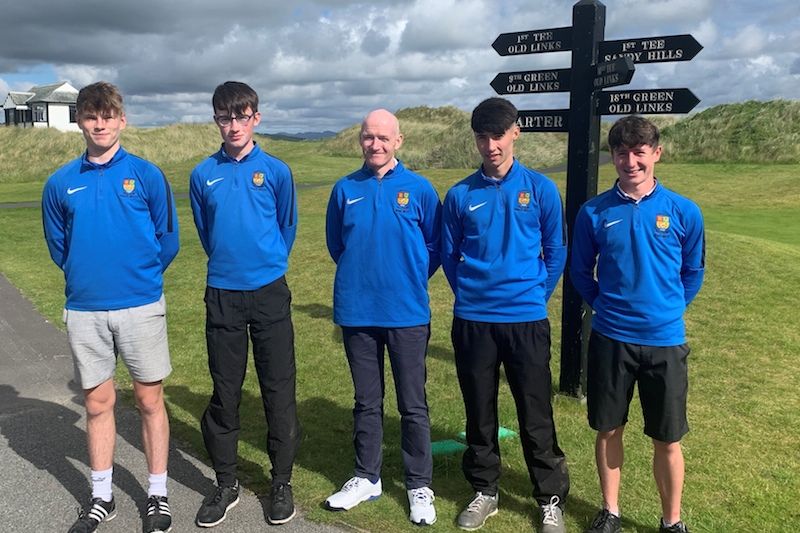 Leading 3-2 from the home leg Dunfanaghy travelled to Rosapenna for what was always going to be an uphill battle.

They proved to be up to the task.

Luke Kelly was two down after nine against Enda Kennedy. He fought back to win two up.

Darcy Hogg was up through 12 holes, then 2 down with 2 play. Darcy birdied the last 2 holes to go down the 19th. The other 3 matches were nip and tuck, but ultimately were victories for Rosapenna. Darcy birdied 19th for a half.

Due to fading light Darcy and Frank Casey continued until the 22nd hole when another incredible birdie from Darcy was enough to take the Dunfanaghy boys through to the semi-finals.

What a result and performance from the young Dunfanaghy team.