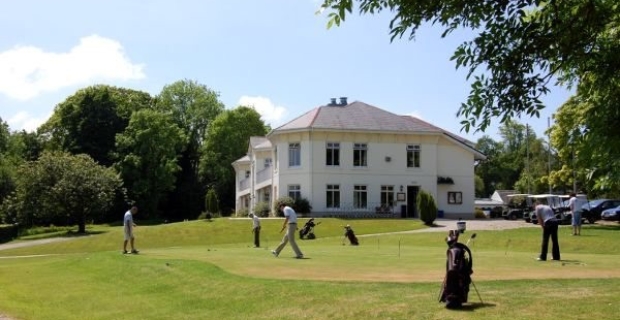 Sunday the 27th was another very busy day at Letterkenny Golf Club.

On Sunday we had a sponsored competition by Letterkenny Driving Range (David Moore).  There was a good turnout on the day.

We also had a number of Club Competitions. The Jimmy Bruen was played against Dunmurry. Letterkenny had the advantage and played three home matches and two away matches. Letterkenny won with three matches at home.  It was played in a very sporting fashion and the good weather and the excellent condition of the course led to a very enjoyable competition.

The All Ireland Fourball was also played against Cliftonville.  Letterkenny had the home advantage with three matches at home and two away.  It was a very competitive match, we had one loss and one win away and needed two wins at home.  We got one win and were relying on the either of the remaining two matches to get the fhird.  Both matches were drawn on the 18th green.  The matches then had to go down the 1st again .  Letterkenny won both, Ian Ireland with a putt on the 3rd green and Declan Burke with his putt on the 1st green.  Letterkenny went away with a good win after a very competitive game against Clifftonville. The game was played in a very good spirited and sporting manner.

Congratulations to the Letterkenny Teams on their wins.

Golf: All the results from Halloween week...