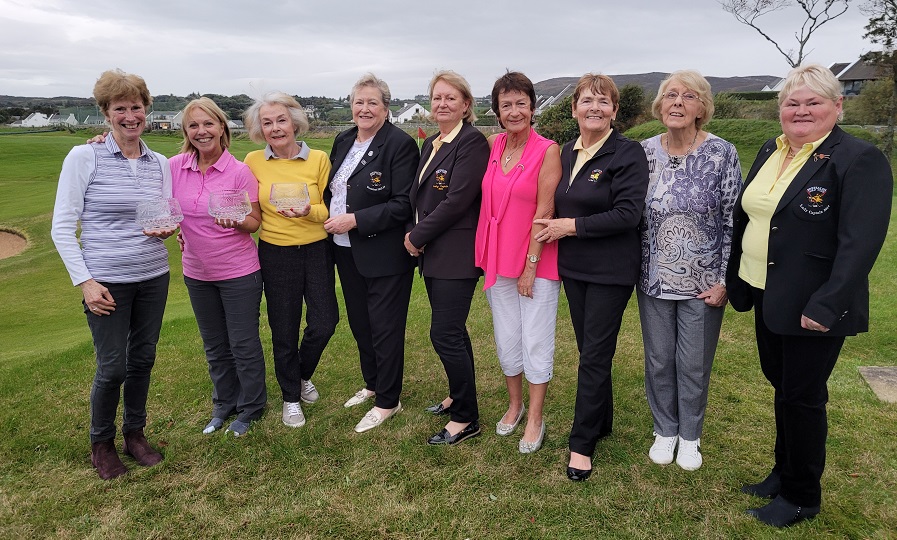 Portsalon Ladies celebrated their 50th anniversary with afternoon tea and a 9 hole scramble followed by a meal in the clubhouse.

Current Lady Captain Iris Condron spoke about the key developments of the club since 1972, congratulating the ladies that were involved in initially setting up the club.

Iris made a special presentation to mark the occasion of the first ladies to become Club Presidents, Kathleen McCormick(2013-2015) and Betty Boal(2018-2020) who served the club with distinction as Lady Captains and Committee members. 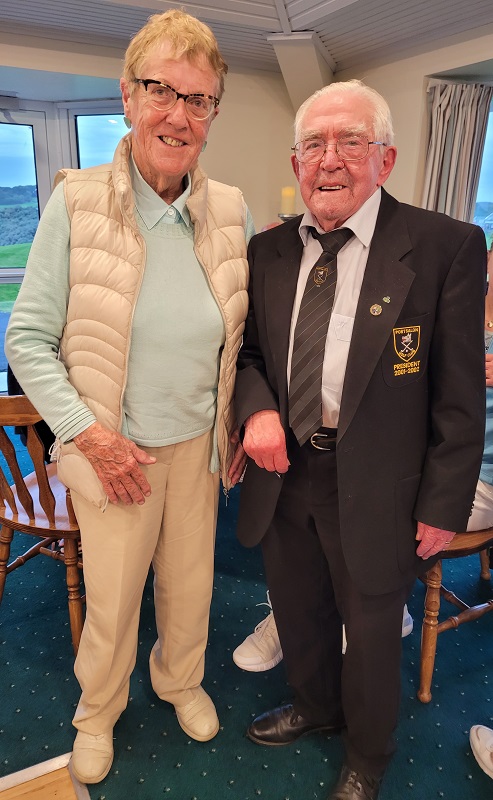 Nora Flynn with Danny Kerr, founding members of the Ladies Branch at Portsalon Golf Club and Club Captains in 1975 at the Portsalon Ladies fiftieth celebration event.

In the mens competition, Saturday’s event was won by Cathal Toland, with Michael Martin winning on the Sunday.

The Portsalon Winter Series will return on 23rd October for another season running on 8 days with the final event being 12th March. The winner of the Series, sponsored again by Auto Fast Fit Letterkenny, will win a set of new Michelin Tyres worth over €500.