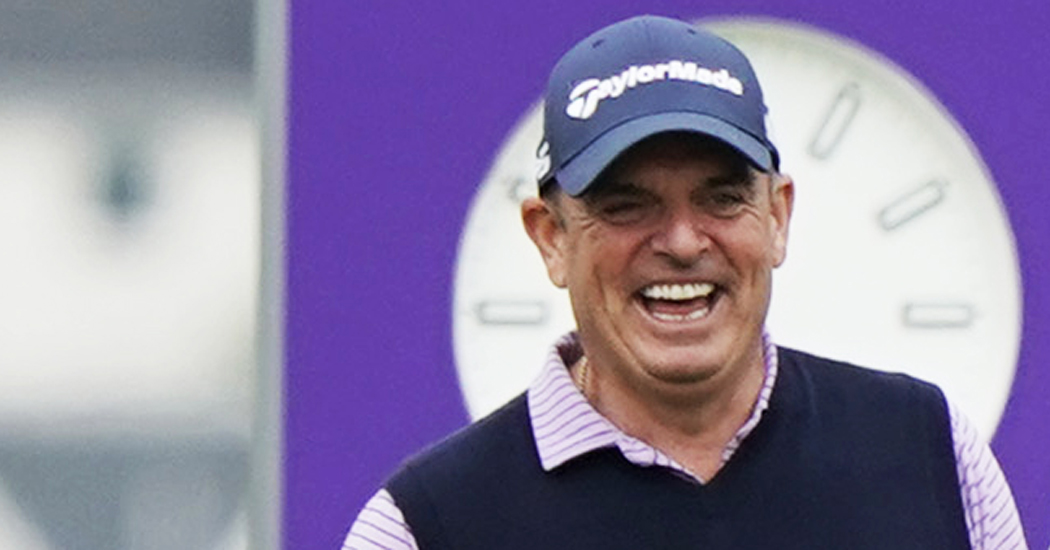 Paul McGinley says he is looking forward to returning to a place close to his heart as he gears up to host the Irish Legends event at Rosapenna Hotel & Golf Resort later this month.

Returning to County Donegal for the second year in a row, greats of the game and some famous faces will take to the links course for the Legends Tour event, presented by the McGinley Foundation from August 16-20.

The 2014 Ryder Cup captain will take part in his second Legends Tour event of the season following an impressive showing and a second-place finish at The JCB Championship last week in Uttoxeter, England. He will be joined by Paul Lawrie, The Open Championship winner from 1999, and many more greats of the game in a part of the world he knows very well.

“We had it last year under Covid conditions, this year we don’t. It is a great golf course, beautiful place, a place close to my heart,” McGinley said. “I know it well as my mum and dad are from there and obviously looking forward to it. All my family holidays were spent there growing up as a kid.” 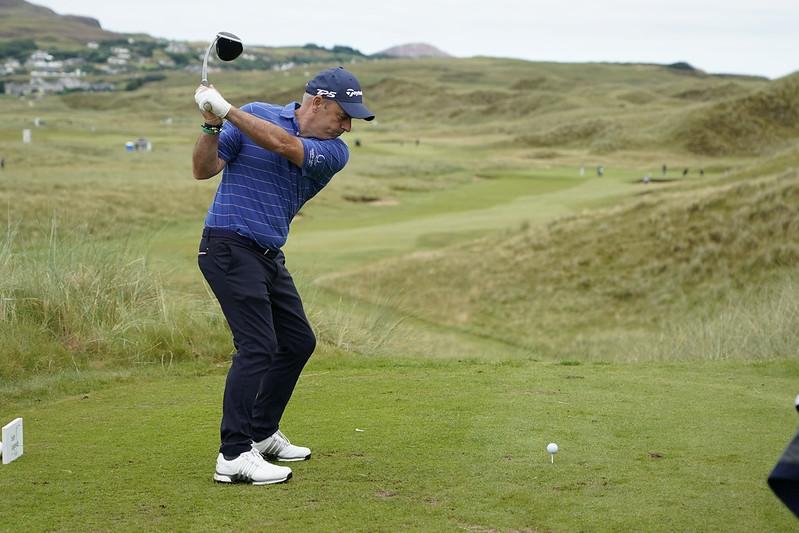 Before some of the best senior players test themselves on the County Donegal links from August 18-20, a Celebrity Series event will see stars from the world of sport and showbiz tee it up on Tuesday, August 16. Legendary Gaelic football manager Jim Gavin, actor and presenter Jimmy Nesbitt and musicians Daniel O’Donnell, Keith Duffy and Brian McFadden will all take centre stage.

Although Rosapenna is set to provide a tough challenge for the celebrity players, McGinley has confirmed that changes have been made to ensure conditions are a little easier compared to last year.

He said: “The original designer was Old Tom Morris. The back nine would grace nine holes of an Open Championship, they are that good. The front nine as we play it, has been redone over the years because they lost some land and had to redo it – Pat Ruddy has put his input in there. I think it is an excellent course.

“Since last year we’ve cut away a lot of the rough to try and get the amateurs scoring a little bit better, but the professionals certainly played very well on it last year in the pretty benign conditions that we had.”

Away from the course there will also be lots going on. Donegal County Council will stage two concerts on the grounds of the adjacent Na Dúnaibh GAA pitch on Friday, August 19 and Saturday, August 20. Due to huge demand, both dates for the concert have now sold out.

Country music star Nathan Carter is set to headline the festival. With so much going on, McGinley is expecting big crowds for the event.

“Donegal County Council has been very supportive with everything we’ve done; they’ve invested a lot of money and I think it’s going to be terrific; I really do.”

Tickets remain available for all five days of golf, and a limited-time early booking offer means you can get up to 50 per cent off a day ticket until August 8. Adult tickets are currently available for €10 (normal price €15) and if booked through Golf Monthly, are just €7.50.

McGinley is urging people to act now and make the most of the current half-price ticket offer for what promises to be an entertaining event. He said: “Come along! It is going to be a lot of fun. It is going to be entertainment. What I am trying to do, like I did when I hosted the Irish Open in Lahinch, is create a festival and put a golf tournament in the middle of it.”

The popular event is supported by Fáilte Ireland (the National Tourism Development Authority of the Republic of Ireland) who continue to invest in and support in golf tourism in Ireland. Other key partners include Tourism Northern Ireland and the Donegal Tourist Board.

Phil Harrison, chief executive officer of the Legends Tour, said: “We are grateful to the McGinley Foundation for hosting and are delighted to be returning to Rosapenna Hotel & Golf Resort. We are expecting a great event at the superb course and these ticket reductions are in place to give more people the opportunity to see these greats from the world of golf and entertainment up close.”

Although playing experiences for the Alliance Series at Rosapenna have sold out, the Legends Tour still has limited places available to live the life of a golf ‘Legend’ in front of crowds and TV cameras in the Celebrity Series at the exquisite links at Rosapenna. These experiences provide amateur golfers unrivalled once-in-a-lifetime opportunities to rub shoulders with the golfing greats. To purchase discounted tickets click here.

The McGinley Foundation, set up in 2013, aims to support charities and not-for profit organisations that Paul and his wife Alison have a close association with. The Foundation puts particular emphasis on supporting those that assist children and young adults.